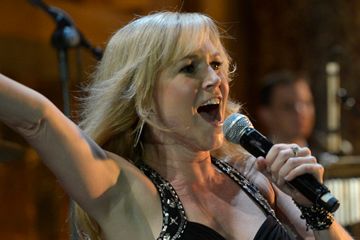 Karen has been leading her own event band with Hank Lane Music and is a natural leader on the bandstand.  Being a perfectionist, Karen prides herself at crafting the most exciting, dynamic, and intuitive musical flow for each event her band performs at.  "I love to truly connect with and get to know my Brides and Grooms so that I can really help dial in the ultimate celebration for them!  I get so attached to some of the couples that it feels so bittersweet when it's over LOL!"  Karen is super proud of the incredibly talented band she has honed, and she says, "it's a ridiculously talented crew, and it's so cool because we know each other now so well musically that we are like a well oiled machine, that can think and musically move intuitively together.  But the best thing is that we are truly family and love eachother.  The energy is so positive and awesome, that from the get go the team energy really can ignite a room in such a positive and powerful way!"

The K-Lo Band performs at many of the top venues primarily in the NYC area , but often travel throughout the country, out to the West coast, and the Carribean for destination events.  A noteworthy event last year they performed at was the prestigious 20th Anniversary Party for the Lion King on Broadway at the New York Hilton for 2,000 people including all cast members and anyone who worked on or was affiliated with the show. Now That was a Dance party lol!

If you are interested in booking the K-Lo Band, please contact Hank Lane Music (212)-767-0600, and any of her wonderful peeps will help fill you in on details!  Here's the website where you can also check out some reviews! : ) 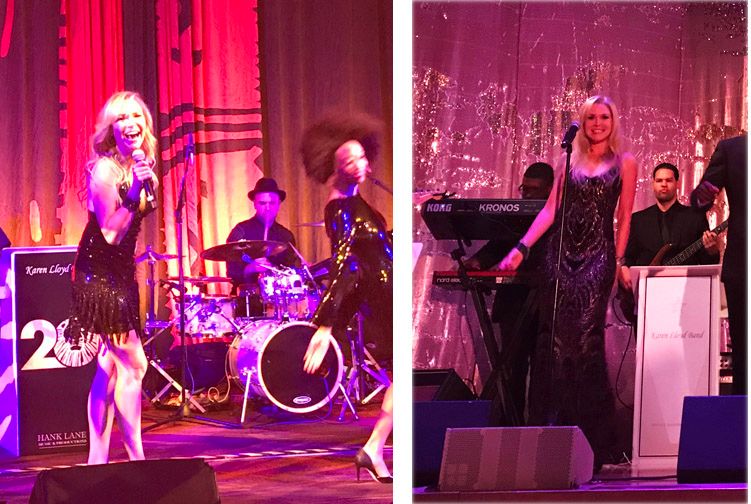